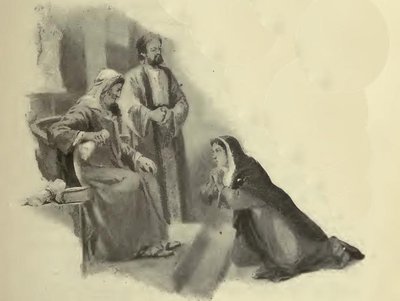 Then Jesus told them a parable about their need to pray always and not to lose heart. He said, 'In a certain city there was a judge who neither feared God nor had respect for people. In that city there was a widow who kept coming to him and saying, "Grant me justice against my opponent." For a while he refused, but later he said to himself, "Though I have no fear of God and no respect for anyone, yet because this widow keeps bothering me, I will grant her justice, so that she may not wear me out by continually coming." ' And the Lord said, 'Listen to what the unjust judge says. And will not God grant justice to his chosen ones who cry to him day and night? Will he delay long in helping them? I tell you, he will quickly grant justice to them.

In the parable of the Unjust Judge we need to remember that not everything in a parable fits perfectly, and we must work at finding out what the real meaning is all about. Even the disciples sometimes had to ask what a parable meant after all.

The widow constantly badgers the judge so that he is finally forced to answer her plea, because he can stand it no longer. The Judge must be one of the court officials put in by the Romans and they were frequently corrupt. Normally disputes were taken to Jewish Elders.

Parables have a spiritual meaning, but Jesus is not saying that God is like an unjust judge and will only answer our prayers if we continually nag Him. God loves to hear our prayers and delights in answering them, but sometimes we need to change ourselves before we can accept His answer! The judge in the parable had no personal interest in the widow, whereas God loves and care for those who pray to Him, and we just need to keep on praying - keep on asking for His help!

Heavenly Father,
so often we forget to come to You
with our woes and even less with our joys.
We forget that You delight in hearing from us,
and long to come to our aid.
We also forget that Your solution to our problems,
may be different to what we expect.
Help us to turn to You this day,
in humble prayer and grateful thanks.
Amen.