Tuesday, 8th November 2022: You are the salt of the earth 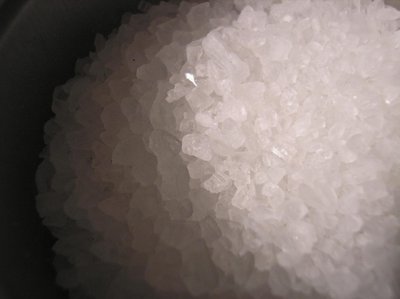 ‘You are the salt of the earth; but if salt has lost its taste, how can its saltiness be restored? It is no longer good for anything, but is thrown out and trampled under foot.

"The Salt of the earth" is the title of a documentary film released under the French title "Le sel de la terre" in 2014. It is based on the work of Sebastiao Salgado a Brazilian photographer. The film has won many awards. Salgado's black and white photographs and videos explore natural environments around the world and the humans who inhabit them, and the way that humans are exploited to produce the maximum profit for the global economic market.

Salgado travelled around South America, before moving to Sahel in Africa. He brought to the world's attention the famine in Ethiopia; and he documented the largest ever refugee camps and the innumerable deaths that occurred there - from hunger, cholera, and cold. He photographed the Yugoslavian war, and then the Rwandan genocide. After many years he was heartbroken by what he had seen, and he returned to Brazil. He wrote at that time: "We humans are a terrible animal; we are extremely violent.Our history is a history of war; it's an endless story.My soul was sickI no longer believed in anything, in any salvation for the human species." (Quotes from Kenneth Turan's review in the LA Times).

Jesus said "If salt has lost its taste, how can its saltiness be restored?" As humans each of us are here to protect and care for our world and for its people. We are to be the 'salt of the world' - we are here to make a positive difference, as salt in our food enhances flavour. Instead we have made a negative difference and are steadily destroying God's world and its people.

Heavenly Father,
You created our beautiful and intricate world,
yet we have fought and battled each other,
throughout the centuries,
and in doing so destroyed people and nature.
We see the seeds of this in our own life
when we get cross and argue with each other,
and think its ok to display road rage.
Help us to see how we are wasting the earth's resources,
and to make changes in our own lives,
before it is too late.
Amen.

You might like to listen to this Christian song, sung by two people in five and then six parts: