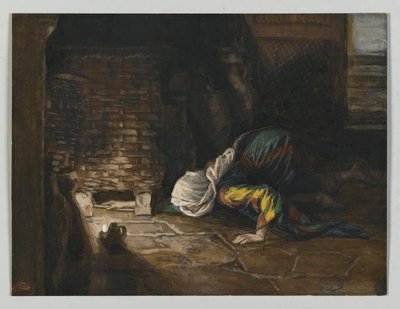 Jesus said, ‘What woman having ten silver coins, if she loses one of them, does not light a lamp, sweep the house, and search carefully until she finds it? When she has found it, she calls together her friends and neighbours, saying, “Rejoice with me, for I have found the coin that I had lost.” Just so, I tell you, there is joy in the presence of the angels of God over one sinner who repents.’

In the 3rd and 4th centuries CE Christians were faced with questions about the forgiveness and absolution of sin. Under Emperors like Decius and Diocletian they were persecuted. They could be arrested, their churches destroyed and their books burned. Unless they were willing to make sacrifices to the Roman gods, they were also likely to lose their life as well. Many went to their deaths, but some recanted on their baptismal promises. However, when the persecution subsided many also wanted to return to the Church. The question was, could these people who had denied Christ be forgiven?

The emergence of the Apostles Creed (which probably emerged from the old Roman Creed) includes the phrase 'the forgiveness of sin'. We still use this Creed at Morning and Evening Prayer. The Church finally concluded that no matter how grievous the sin, with faith and repentance and through the grace of God, they could be forgiven.

What has this to do with the parable of the lost silver coin? Well the woman searches for a valuable coin, which was possibly part of her dowry. This is likened to God who has lost something of great value - that is, those people who have fallen away from Him into sin and misery - and his action in seeking to recover what He has lost. When we feel farthest away from God, we should remember that He is actively searching for us.

Father of all,
we often forget You
and go our own way,
ignoring our sins of omission
as well as our deliberate sins.
We allow the things of this world
to get between us,
and see them as more important.
May we turn to You,
confess our faults,
seek Your forgiveness,
and make a fresh start.
Amen.