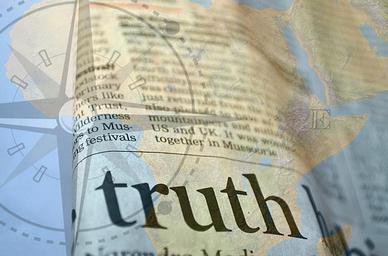 Jesus himself stood among them and said to them, 'Peace be with you.' They were startled and terrified, and thought that they were seeing a ghost. He said to them, 'Why are you frightened, and why do doubts arise in your hearts? Look at my hands and my feet; see that it is I myself. Touch me and see; for a ghost does not have flesh and bones as you see that I have.' And when he had said this, he showed them his hands and his feet. While in their joy they were disbelieving and still wondering, he said to them. 'Have you anything here to eat?' They gave him a piece of broiled fish, and he took it and ate in their presence.

Then he said to them, 'These are my words that I spoke to you while I was still with you .... and he said to them, 'Thus it is written that the Messiah is to suffer and to rise from the dead on the third day, and that repentance and forgiveness of sins is to be proclaimed in his name to all nations, beginning from Jerusalem. You are witnesses of these things.'

A good witness needs to tell the truth about what they have seen. The trouble is that often over time slowly the story changes. If you've ever played Chinese whispers (it has other names), where one person passes on a message, who in turn whispers it to a neighbour etc., you will know that the end result can be totally different to the one that was started.

I once had to give a witness statement to the police, and was told I might need to report it in court. I never did, thank goodness, but after some months I wasn't sure if what I believed I'd seen would be the same as the original statement.

Jesus says that disciples are to be His witnesses! It seems amazing that their accounts of the resurrection appearances which spread across the world are so similar. We should remember, though that we too are witnesses to the Gospel of Jesus Christ - of how it has changed our lives - we just need to faithfully pass it on!

Lord Jesus,
help us to be a good witness
of Your work in our life.
May we have the courage
first, to ask for Your help
when problems occur,
and then acknowledge
what You have done
by telling others.
Amen

Look up the meaning of 'witness' in this cartoon that explores the word's use in the Bible. Its interesting and informative: