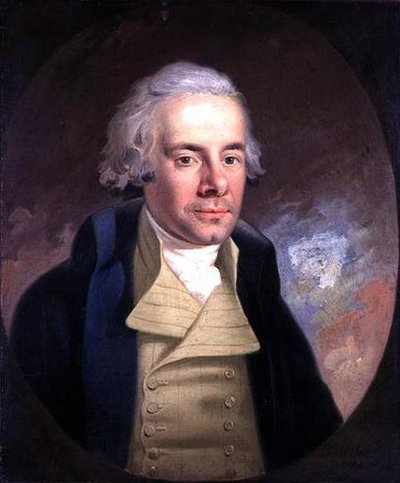 But when Jesus heard this, he said, 'Those who are well have no need of a physician, as those who are sick. Go and learn what this means, "I desire mercy, not sacrifice." For I have come to call not the righteous but sinners.'

In welcoming outcasts and sinners Jesus was making the point to the Pharisees that God wanted them to help others, rather than observe all the exacting religious laws. This command has been taken up by many social reformers over the years and we remember them today, as we look at the work of William Wilberforce. He continued the work of Saint Wulfstan who a thousand years earlier, sought to stop the work of the slave trade in Bristol.

William Wilberforce was born in 1759 at Hull in Yorkshire. He was a British politician who sought to abolish the slave trade in Britain and it's overseas territories. He also supported many other causes, like Catholic Emancipation to free Catholics from draconian legislation, and the Anti-Corn Law League to stop imported grain from entering the country that kept the price of corn too high for ordinary people to afford bread.

Wilberforce's life was driven by his Christian faith and his desire to help those in need. In a land-mark speech in the House of Commons he introduced 12 reasons why people should not be enslaved. It took until 1807 to finally achieve success, and the bill to abolish the slave trade in the British West Indies was passed in Parliament, supported by a chorus of 'hurrahs for Wilberforce'. But, this did not affect those already enslaved, and his work continued. In July 1833 the Slavery Abolition Act was finally passed by the House of Commons, however three days later Wilberforce died. He is buried in Westminster Abbey.

Heavenly Father,
as Your Son, our Lord,
taught that we should
care for the least in our society,
help us to find ways of supporting
those in desperate need.
May we not turn away from
others because of their circumstances;
but find practical ways to help them.
Amen.

If you would like to find out more about William Wilberforce, have a look at this site: