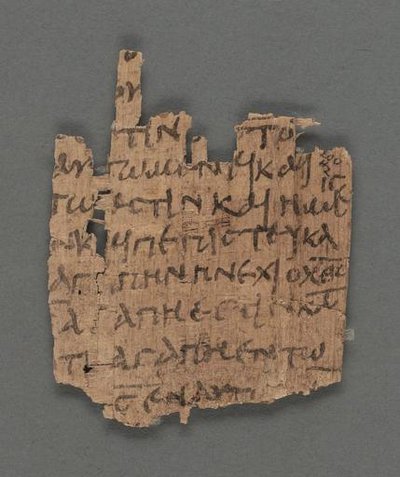 I was overjoyed to find some of your children walking in the truth, just as we have been commanded by the Father. But now, dear lady, I ask you, not as though I were writing you a new commandment, but one we have had from the beginning, let us love one another. And this is love, that we walk according to his commandments; this is the commandment just as you have heard it from the beginning—you must walk in it.

I wonder how many of us have been confused when looking up '1 John', '2 John", or '3 John' in our Bibles, and gone looking for Chapters 1, 2 or 3 of John's Gospel, instead of Epistles 1, 2 or 3? Well it can happen to anyone, especially if they're in a hurry. These tiny letters were written around 100 CE and were traditionally attributed to the disciple John, the son of Zebedee, however, later scholarship has queried this. The letters seem to have been written by the same person, who identifies himself in Epistle 2 as "The Elder". He also addresses this letter to a lady whose name we are not told, possibly because it might fall into wrong hands at a time of persecution, though we can't be sure.

The second Epistle is focussed on the idea of truth, something that John's Gospel also emphasises. What holds Christians together is not their social, political, cultural or even family links, but rather the truth of God's love for us, and truth does not change, it's with us always. Much in our life changes. Attitudes and rules regarding age, class, race, sex and a host of other subjects keep changing. What we see as being truth in one decade can change in the next decade - indeed it can be hard to catch up with the changes sometimes.

The everlasting truth, though, is that God is love and we His children should reflect His love.

Lord Jesus,
may we learn to walk in Your footsteps,
taking peace, love and truth to others
with whom we come into contact.
May we rest in the knowledge that Your truth
is all that we need.
The world's beliefs fluctuate and change
but Your word is constant and unchanging.
Amen.

You might like to listen to the Gospel song "The Soul of Truth" sung by Johnny Cash, who created the music from a poem given to him by Muhammad Ali. (This is not to be confused with another Cash song "What is Truth"). The last two lines are poignant - "The sign of the Truth is Christ, and the Soul of the Truth is God."