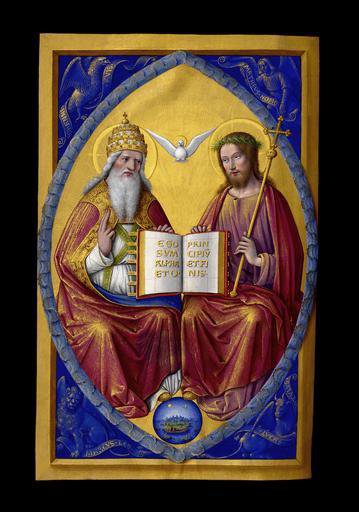 Jesus Is Rejected by the Jews

At that time the festival of the Dedication took place in Jerusalem. It was winter, and Jesus was walking in the temple, in the portico of Solomon. So the Jews gathered around him and said to him, ‘How long will you keep us in suspense? If you are the Messiah, tell us plainly.’ Jesus answered, ‘I have told you, and you do not believe. The works that I do in my Father’s name testify to me; but you do not believe, because you do not belong to my sheep. My sheep hear my voice. I know them, and they follow me. I give them eternal life, and they will never perish. No one will snatch them out of my hand. What my Father has given me is greater than all else, and no one can snatch it out of the Father’s hand. The Father and I are one.’

Jesus is walking in the temple during the festival of the Dedication, also known as Hanukkah. It celebrated the cleansing and re-dedication of the temple after three years of desecration by Antiochus Epiphanes, the King of Syria in about 165 BCE. Some 80,000 Jews were killed and the temple was turned into a house of prostitution. Afer the temple was purified only enough unpolluted oil was found to light the seven-branch candlestick for one day, yet miraculously it lasted the eight days it took to prepare the new oil and consecrate it for its sacred use.

Jesus is here to celebrate Hanukkah but is ambushed by those who are hostile to him. From this we get an important statement. It so shocks the Jewish leaders that they subsequently try to stone him. Jesus says, "The Father and I are One". These words are important firstly because for a few hundred years after his death Christians were to fight a heresy that claimed Jesus was a man, not God. Secondly, we should note that the word "One" is a neutral word, neither masculine nor feminine - they are one essence rather than one person. The different parts of the Trinity, the Father, the Son and the Holy Spirit are therefore one God, but distinct in what might be called their purpose.

Jesus wants us to be one as he and the Father are one; we are called to be one in essence - with a common purpose as Christians. Our life together in the Church should reflect their oneness - one congregation, but with distinct tasks.

Lord Jesus Christ,
as You and the Father are One,
may we too aim to be one -
a Church with a common aim
to take Your message to the world.
Help us to use our different gifts
for the good of all,
at one with You and each other.
Amen.

You might like to listen or sing this hymn about the Trinity, set to a well-known tune: