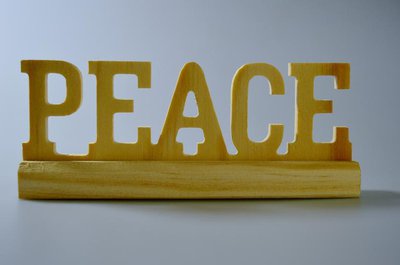 Gordon Wilson was an unassuming man, a draper by trade, but he became world renowned. On November 8th 1987 a bomb planted by the Provisional IRA exploded in Enniskillen during the Remembrance Day parade. Gordon was injured, but his daughter, Marie, who was a nurse was killed. However, before she died, lying together under the rubble of the building they talked. Within a few hours Gordon spoke about what had happened. He said "I bear no ill will. I bear no grudge".

At the time, reprisals were the result of any killing, but Gordon Wilson was insistent that this shouldn't happen, and he called for forgiveness and reconciliation. After this he spent years as a peace campaigner, holding meetings with members of Sinn Fein, loyalist paramilitaries, and the Provisional IRA, trying to persuade them to give up their weapons.

Today when tragedy happens, all too often we want to blame someone and make them pay for what happened, but all this does is change us, making us cynical and bitter. Gordon Wilson cared so much for his daughter he wanted to change the world, and to bring peace to Ireland.

Lord Jesus,
You taught Your disciples
to forgive those who
sinned against them.
Help us not to bear grudges,
to keep a tally of wrongs,
or to retaliate when others hurt us,
but to tread the path of peace,
and follow your example.
Amen.