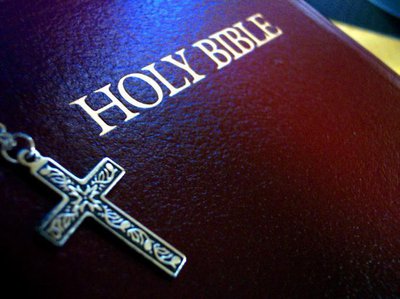 What good is it, my brothers and sisters, if you say you have faith but do not have works? Can faith save you? If a brother or sister is naked and lacks daily food, and one of you says to them, 'Go in peace; keep warm and eat your fill', and yet you do not supply their bodily needs, what is the good of that? So faith by itself, if it has no works, is dead.

The Reformation occurred in England and in Europe in the 16th century. It was a political and religious movement on the continent and in England, and it led to the Church of England (and Wales) breaking away from the Catholic Church. Although there were many areas of dispute, much of the argument rested on whether we were "justified by faith", in other words were we put right with God through faith alone - did we just need to believe in Jesus, let us say?

So for Anglicans and all other Reformed Churches, we have a bit of a problem with James' words above. He is saying we we need faith and we also need to live that life in our actions. It's not enough just to say "I believe in God", we must show that faith in the way we live and treat others.

However, St Paul says that we are put right with God only through faith, not through works (see Romans 3.28). The two seem to contradict each other! But it seems to me that James is criticising someone who says they have faith, but in fact it's a dead faith - it doesn't exist - because no-one can see the faith in the way they live. He calls this 'faith alone', and even Paul would agree with this since he says that faith will lead to evidence of love in their life (see Galatians 5.6).

Heavenly Father,
You call us to believe in You
and in Your Son, Our Lord Jesus Christ.
But as well as having faith
You call us to live out that life of faith
in the way we live -
to care for others
in any way that we can.
Help us to have faith
and to show that faith in our lives.
Amen.

You might like to look at this short explanation of the Reformation, as given to our children for Key-Stag 3::

Or another from Britannica for kids: