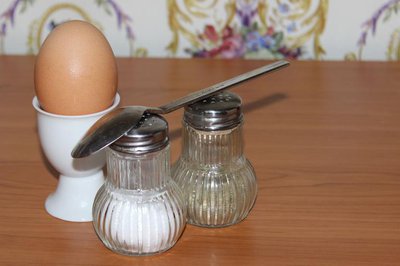 Jesus said, 'You are the salt of the earth; but if salt has lost its taste, how can its saltiness be restored? It is no longer good for anything but is thrown out and trampled under foot.'

We are getting good at cutting out salt in our diet today, but there are some foods that many of us really like better with salt, and we see cooks on television adding large amounts of salt to meals. Try imagining crisps with no salt at all, for instance. For me I can't eat chips without adding salt; for others the thought of a soft-boiled egg with no salt would be unimaginable.

Salt has always been expensive to produce, and was used instead of money in many societies. In western countries people would sit above or below the salt to indicate their place in society, which indicated how important it was to everyone. It was also used to preserve food when people had no fridges and freezers.

Lord Jesus,
help us to make a difference
to our family and our community,
and to add flavour to our world.
Show us how to do this
on a daily basis as Christians,
and to change things step by step.
Amen.