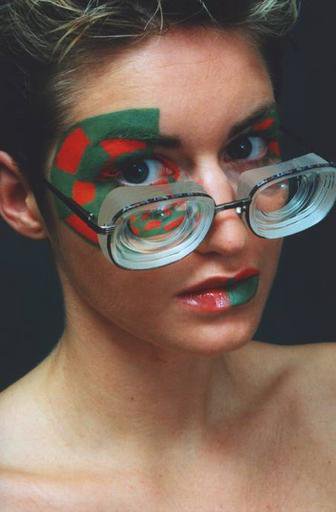 O God, you are my God, I seek you,
my soul thirsts for you;
my flesh faints for you,
as in a dry and weary land where
there is no water.....

My soul is satisfied as with a rich feast,
and my mouth praises you with joyful lips
when I think of you on my bed,
and meditate on you in the watches of the night;
for you have been my help,
and in the shadow of your wings I sing for joy.
My soul clings to you;
your right hand upholds me.

My husband and my sister both had pretty bad eyesight, and neither could see much without their glasses. They are both dead now, and much missed, but I can remember my husband telling me of a time he had broken his glasses. He sat at a table opposite an acquaintance, and had no idea who they were, because he was unable to see them.

My sister spoke of a time as a child when we went to the sea-side for the day. Initially she played on the beach, before deciding to go and jump over the waves. Coming back she couldn't where we were sitting. There were dozens of families, but not ours. It was a very scary experience for her until she was noticed and rescued.

Today, when the world seems to have gone crazy, many of us have turned to God. If we're still searching for Him, we need to stop panicking. When we feel lost our Heavenly Father comes to rescue us, all we have to do is to turn to Him with open and repentant hearts.*

* Discover the Ignatian way of praying, in Thoughts for the Day.

Heavenly Father,
all too often we go our own way,
thinking we can manage without You.
When we turn to You
forgive us our sins,
and welcome us back
as Your children.
Amen.