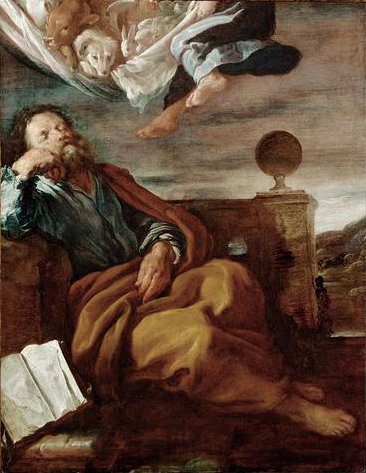 Now while Peter was greatly puzzled about what to make of the vision that he had seen, suddenly the men sent by Cornelius appeared..... So Peter went down to the men and said, 'I am the one you are looking for; what is the reason for your coming?' They answered, 'Cornelius, a centurion, an upright and God-fearing man, who is well spoken of by the whole Jewish nation, was directed by a holy angel to send for you to come to his house and to hear what you have to say.' So Peter invited them in and gave them lodging.

The next day he got up and went with them, and some of the believers from Joppa accompanied him. The following day they came to Caesarea. ...On Peter's arrival Cornelius met him....and he went in and found that many had assembled; and he said to them, 'You yourselves know that it is unlawful for a Jew to associate with or to visit a Gentile; but God has shown me that I should not call anyone profane or unclean. So when I was sent for, I came without objection. Now may I ask why you sent for me?'

Cornelius replied, 'Four days ago at this very hour, at three o'clock, I was praying in my house when suddenly a man in dazzling clothes stood before me. He said, "Cornelius, your prayer has been heard and your alms have been remembered before God. Send therefore to Joppa and ask for Simon, who is called Peter; he is staying in the home of Simon, a tanner." ... So now all of us are here in the presence of God to listen to all that the Lord has commanded you to say.'

Peter must still be in shock after his vision of the sheet holding animals considered unclean by Jews, and the voice telling him: 'What God has made clean, you must not call profane.' In case he doesn't get the message, it is repeated three time, and if this isn't enough, a Roman soldier and some slaves suddenly appear at the house where he is staying.

This is a most amazing passage! We need to remember that no Jew would associate with a Gentile, indeed they were considered outside God's plans. Yet Peter invites the visitors to stay. In the most glorious way the barriers are being removed. Similarly later, when Cornelius meets Peter he must have wondered if Peter would actually cross his threshold, but the apostle gladly enters the house and begins to teach those present about God's Son Jesus Christ.

When we are open to God's work in our life, strange things begin to happen, new opportunities begin to open up. Don't believe me? Try asking God to get involved in your life, in your church, or in your part of the world. And keep praying!

Lord God,
all too often we turn to You,
then forget You again when life gets busy.
May we turn to You each day,
confident that You will hear us and answer;
may we expect things to change;
may we listen to Your prompting;
and may we also learn to follow where You lead.
Amen.

You could look up this site to find out a little more about Jews and Gentiles: