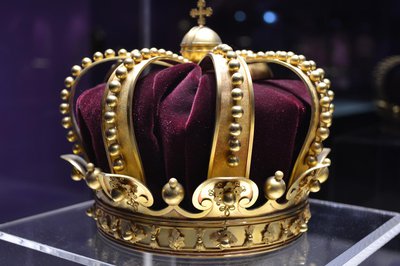 Two thousand years ago the Kingdoms of Israel and Judah had become the playthings for surrounding nations - invaded by Assyrians, Babylonians and Romans among others - who looked on this fertile area with envious eyes, Jews longed for a Kingdom of their own, under a strong leader like King David, where they could worship God in the Temple in Jerusalem.

Jesus' answer to the question as to when the Kingdom of God was coming, must have been puzzling. "The kingdom of God is among you!" he said. But they could quite clearly see that the Romans were in charge and anyone disagreeing with this would bring severe punishment upon themselves.

Jesus seems to have meant that where love existed, then God's Kingdom was breaking into our world. If we look at today's world where unrest and a lack of love predominates, we might like to look at what a good kingdom should look like. Some would want it to offer "Life, Liberty and the pursuit of Happiness", other suggestions might be:

Pray today for our country, and countries across the world, that do not meet these high standards, and for God's Kingdom to be completed.

Lord God,
Your Son taught us that Your kingdom
would be a kingdom of love
where all would be equal as your children.
May we play our part in helping to bring
Your kingdom to fruition,
and where there is inequality or injustice,
may we season the situation with love.
Amen.