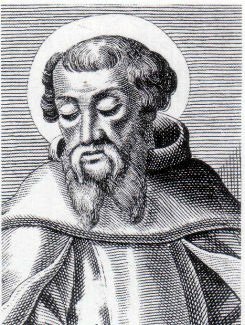 Come, O children, listen to me;...
Depart from evil, and do good;
seek peace, and pursue it.

The eyes of the Lord are on the righteous,
and his ears are open to their cry.
The face of the Lord is against evildoers,
to cut off the remembrance of them from the earth.
When the righteous cry for help, the Lord hears,
and rescues them from all their troubles.
The Lord is near to the brokenhearted,
and saves the crushed in spirit.

Today we remember St Irenaeus who was born of Greek parents, probably in Lyon in Asia Minor around 120-140 AD, and died sometime between 200-203 AD. He became the Bishop of Lyon and a leading theologian in the 2nd century, and known for his fight against Gnosticism.

Gnosticism was a very dangerous heresy in the early church. It was influenced by philosophers like Plato but was based on some false ideas. First, it argued that there was a difference between spirit and matter (we might say matter is everything in the world, ie people, trees, fish, animals etc). Matter was considered evil but spirit was good. For Gnostics therefore Jesus could not be a real human being (for he would be made of matter), and they developed the idea that he only seemed to be a human. This made nonsense of the fact that Christians believe he truly suffered and died for us, and that he was both man and God.

Gnostics also believed that they possessed knowledge that others didn't have and that we were saved from our sin through knowledge. This is against all that we understand, for we believe that we are forgiven and saved not through knowledge but through faith. It is thanks to the work of Irenaeus that we have our Nicene Creed's emphasis on the place of Jesus. Notice at the next Eucharist you attend what the Nicene Creed says about Jesus.

Heavenly Father,
You sent Your Son, Jesus,
to save us from our sin,
and to reconcile us to You.
We thank You for the work
of St Irenaeus who helped us
to understand the work of Your Son,
and to realise that we are saved by faith,
not by knowledge.
Amen.

Or a more complicated article:

You might like to refresh your memory of the Nicene Creed, which identifies what we do believe about Jesus: